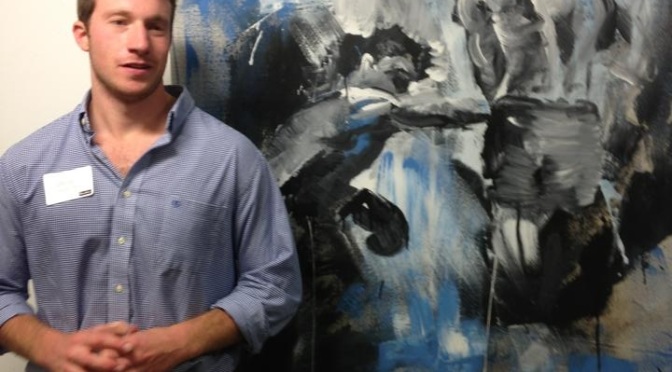 Raised in London, England, until the age of 13, David Bruce became fascinated by the buildings, bridges and complex systems that make up the metropolis. His interest in cities led him to major in economics and environmental studies at Bowdoin, where he has concentrated on urban issues. David was awarded a fellowship in the summer of 2012 that led him to an urban planning firm in Chicago, where he used his visual-arts talent to diagram plans to redesign the city’s wastewater treatment system. His interests also extend to the rugby field, where he played fly half for the Bowdoin rugby team and served as the club’s president. He spends his free time exploring the wilderness and ski slopes of New England.

The mission of the Thomas J. Watson Fellowship Program is to offer college graduates of ‘unusual promise’ a year of independent, purposeful exploration and travel — in international settings new to them –to enhance their capacity for resourcefulness, imagination, openness, and leadership and to foster their humane and effective participation in the world community.

The philosophy behind the Watson Fellowship is to remove oneself from the comfort and stability of Home, exploring the world selectively in pursuit of one’s passion, and discovering along the way one’s potential for humane and effective participation in the world community. The Watson journey is a “solo” experience, to be lived independently but shared broadly with humanity. This is the “Spirit of the Watson.”