This morning I rolled out of bed kind of sore and beat up from rugby practice last night, fed myself some eggs, brushed (but didn’t floss) my teeth, crushed a can of Spinach pop-eye style, and hopped on a bus.

It’s pronounced the vwahterboose in Dutch and it’s awesome.

The main line is on the River between Rotterdam and Dordrecht, Holland’s oldest city. The waterbus is a motorized catamaran and it cruises up to 40kph. The waterbus traveled a distance equivalent to the Lower Manhatten to 125th street in only 10 minutes. No traffic lights, bike accessible, and there are 3 buses each hour.

If the water’s there…use it. Waterways used to be the major highways in the world, why change that?

The waterbus is used a lot by commuters who work in central rotterdam. It quick, cheap, and fun. 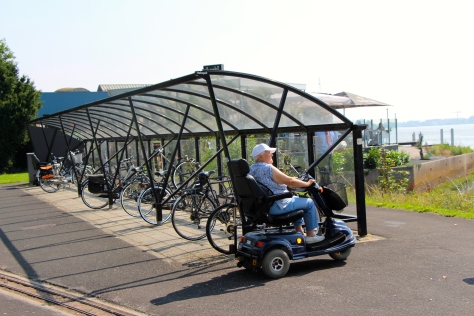 Perhaps a bike-friendly watery world will be advantageous for the future…considering everybody is beginning to live so much longer with advancements in healthcare there will be a booming elderly population. Bike and boat infrastructure seems to go hand in hand for old people in buggies. There are ramps and paths everywhere, and the waterbuses have lots of storage room. This form of vehicular transportation is surprisingly abundant in the Netherlands…But honestly, lets hope we never get to that!

I traveled to a stop called Stormpolder. Then biked to a town called Krimpen aan den Ijssell, a suburban sprawl. I came to this painfully plain town to see a specific storm barrier, one of the delta works projects. It was nothing particularly life changing. There was a large steel wall that can be lowered like a guillotine into the river in order as the first line of dense for river floods. It would be disastrous if the water slipped over the dikes and flooded neighborhood like a bathtub.

I took advantage of being alongside a river on a beautiful summer day and biked along the banks for a bit. I stumbled up on a sports store where I picked up a better pair of cleats for a rugby game in Den Haaaaaaaaggg tomorrow (The Hague). I’ve been wearing a pair of old soccer cleats that were ripped open at the toe and kept together with medical tape. The studs were small and I’d slip all around the field. Sometimes it felt like rugby on ice. I figured I’d pick up something slightly more put together for some ass-kicking on the pitch tomorrow.

I biked back to Rotterdam and didn’t get lost once! I’m really starting to figure this place out! 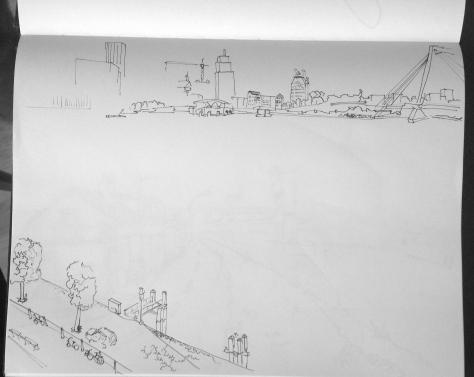 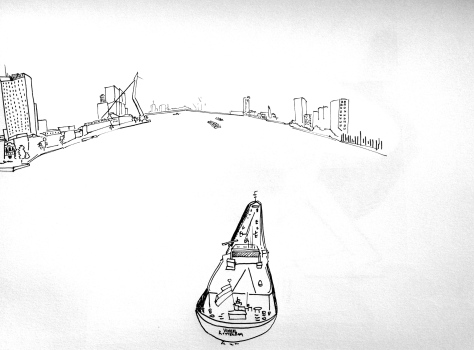