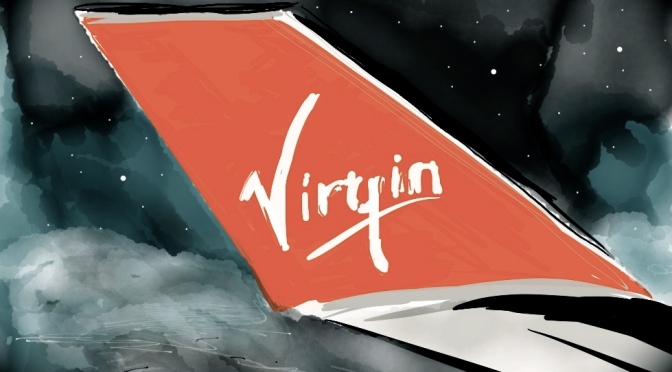 I drew that on the plane using an app called pages.

Departing Logan, the plane had a great fly-by past my New England home. As the sun was setting, I got my last glimpses of U.S. soil for the year. Specifically, I got a direct view of Boston, Portland, and Brunswick before we banked right and headed across the Atlantic. It was a great way to say goodbye. 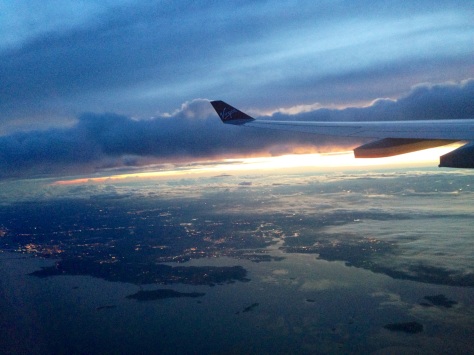 Funnily enough I sat next to a 26 year old woman who had also grown up in London for 10 years. She moved back to the U.S. when she was 16 and has dual-citizenship so she has a better claim to British heritage than I have. Better yet she alternated between speaking a word with a British accent then a word with a Boston accent. I had to focus pretty hard to keep up. We had a nice chat over Virgin Atlantic’s penne pasta pick-me-up.

Heres a view of South London as we were circling around preparing for landing. You can just barely see the city-scape and the Thames at the top of the picture.

I took the underground (tube) into central London from the airport. The front page of the Metro daily newspaper was a massive cover photo of the royal couple with their new baby. Imagine coming into existence and growing up to be told that you are the prince of England! I’m not sure I’d like it. But this unnamed young man is surely the hot news of London town.